Firstly, the Tallinn University folk dance group “Soveldaja” is a group of young people mostly aged between 18-25 who are looking forward to different kind of folk festivals to show and to see the variety of folk world. The group performs both folklore and author dances. Depending on the occasion they dance to live music but also use recordings of traditional and contemporary folk music.
Secondly, the group has taken part in several international folklore festivals over the years. The latest ones have been Festival Internacional de Folclore ‘Celestino Graca’ in Portugal 2015, Fétes de la Vigne de Dijon in August 2016 and OD CELJA DO ZALCA in Slovenia in September 2016, Festival Mondiale del Folklore in Italy in 2017. In years 2013, 2015 and 2016 Soveldaja participated in Vöru Folklore Festival in Estonia. Soveldaja has regularly taken part in big folk dance events in Estonia and neighbouring countries.
Besides events described, Soveldaja has participated in competitions for staged folk dance and won several awards. In Dijon they were also awarded as public favourite group.
Facebook: https://www.facebook.com/soveldaja
Internetseite: TLÜ rahvatantsuansamble SOLVEDAJA

On the following dates you can see the Estonian group:

Saturday – 28.07.2018 / 20 Uhr
Opening ceremony with all groups in the marketplace in Witzenhausen

Saturday – 04.08.2018 / 14:30 Uhr
Ceremony for the anniversary week and “Eurokirmes”
Public closing event with the performances of all groups and presentation of results of the working groups 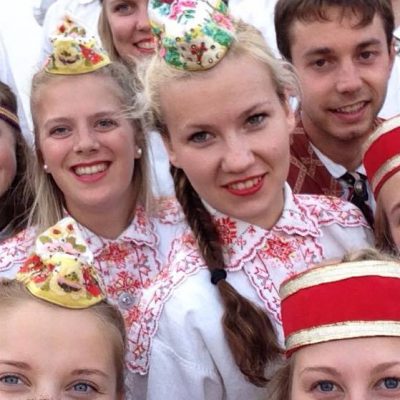 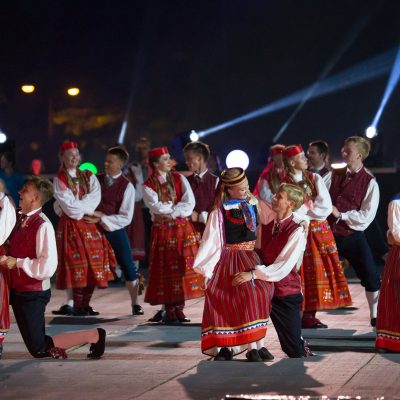 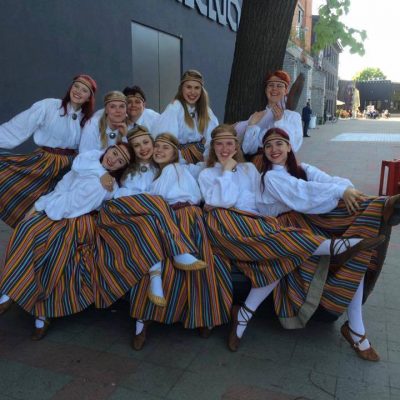 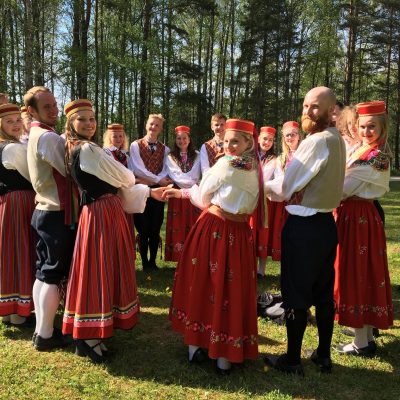